On some days, my supply of cuss words is inadequate to meet demand. I am tempted to productively use my time researching appropriate ones that fit my current situation. And feel so overwhelmed that ‘wtf’ becomes my highest and most evolved expression of feelings, flashing in my mind with each breath, which is incidentally around 20 times a minute. I feel off-balance and wish I could put an ‘out of order’ notice on my forehead so no one disturbs me in my misery.

People close to me are all strong independent personalities and exasperate me (quite as much as I exasperate them) with their out-of-the-blue bouncers every now and then. They have so many complaints against me. And while I really don’t want to apologise for their misunderstanding of who I am, I often do just that. When frustrated, I think that maybe I have a latent death wish gravitating to such people. In sane moments though, I recognise that I love strong intelligent independent thinking people. They inspire and motivate me. I have learnt to revel in differences and explore them with a degree of curiosity and wonder. Sadly, there are times when these same differences result in a comedy of errors where the intentions, behaviours and attitudes are misinterpreted causing unpleasant fights and disagreements. Then, unsurprisingly, misunderstanding becomes the greatest distance between two people.

More on that in a while.

Though acceptance of my failings does not unduly trouble me, 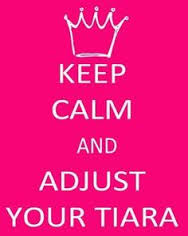 the thoughts that instantly form in my mind in reaction to the complaints and comments from my tribe belie the show of patience, forbearance and pride-swallowing. These thoughts are often rebellious, unflattering, rude, or sarcastic. Because I am me, here is a true picture of how my mind initially reacts before good sense prevails and analysis, the very trait that bothers them so much, kicks in cautioning me to see things from their viewpoint too. The time lag? About two seconds.

So, here is a peek into my head for you loved ones out there:

On the idea that I analyse all comments to death. My thought: All? Nah. Don’t flatter yourself. I analyse stuff that I find intriguing, insightful, or different in perspective from mine. And that goes for everyone with a brain half as intelligent as yours who has something different to say from me. Now is when you have reason to feel flattered – it is your intellect or your attitude that is seriously appealing which is one of the reasons you figure in my circle. Well, brownie points to you though: I agree with Oscar Wilde that thinking is the most unhealthy thing in the world, and people die of it just as they die of any other disease.

On hearing your own words quoted back to you: What’s your objection, genius? That when you show wisdom, I value your words and insights enough to remember the ones that give me food for thought? Or you have a problem hearing your own opinions and comments sometimes when these make you look petty in hindsight? Don’t like what you hear then, do you?

On being clingy: Oh! You blind idiot! You do have that so wrong. I like leaning on you, not because I am weak, but because I enjoy your strength. I hold your hand tightly only as long as you want me, I’d simply open my palms and let go if you asked me. Nicely.

On being like chalk and cheese and being unable to see where the other person in coming from when an action, attitude or behaviour becomes a bone of contention or an issue: Yeah, yeah! You really are a saint and the paragon of kindness. You often wonder how you put up with me, don’t you? Well, do take a moment to think that I put up with you too. We’re even.

On telling me that I don’t understand your need for a lot of space: Huh? What the heck are you on about? Don’t I not ask questions about how hard your day was? Or refrain from giving suggestions on how to get around a problem even when I have a really good idea (lest you think I have a case of the smarts and can do your job better than you)? Don’t I not connect with you for what I think is a long enough duration (like a full week)?! Stretch that to a fortnight on some occasions. Jeez, how much space is space? Right out to the next galaxy? What in the world was I thinking gravitating to such assertive, inflexible types?

On making me feel I am not likable: F*** off! I am fabulous.

On feeling strongly that I am insistent and pushy and step on your toes all the time by expecting you to respond to communications; sms, Whatsapp messages, or calls: Yeah. There is a reason I am insistent on acknowledgement. I have a crazy, creative, active mind with a wild imagination which sounds alarm bells when I don’t hear from you for a certain amount of time (there is an internal clock). 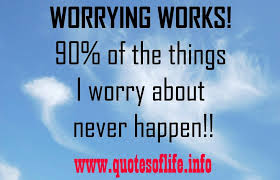 It then prompts me to worry that you have been possibly abducted by aliens (I watched X-files the night before), or are in hospital with an unspeakable case of something (read a Robin Cook novel), or got into a plane crash and survived despite the missing odd limb or two (watched Air Crash Investigation, Season 16), or are going to collapse in mid-sentence (because of low blood sugar since you last ate dinner at 8 the night before and had no breakfast, and it is now 5 p.m. and you probably haven’t had lunch either). I feel trepidation (because, of course, you will blow a fuse), but no shame in sending you six or sixteen messages in a row (as my anxiety mounts) over a period of five minutes or five hours to preclude these possibilities in absence of your acknowledgment of my last message or call. And that understandably drives you up the wall. Okay, so apologizing for this one. FYI, you agreed to be connected with me. Just like I signed up to accept your quirks, you signed up to accept mine. At least that is my understanding. Get on with it, will you?

On expecting me to agree with your conclusion that you are right and I am wrong: I’d totally agree with you, of course. But then we’d both be wrong.

On arriving at unflattering conclusions that label me and then proceed to ignore my existence with no explanation or warning: What’s with the I-am-not-talking-to-you bit? What are you? 5? What the hell! Temper your objectivity with a sprinkling of emotional intelligence, you unfeeling creep.

On catching people like me totally off-guard in finally growing out of the I-am-not-talking-to-you mode by responding to a question asked upfront and coming out all guns blazing to pound us into the ground: Shut the hell up.

Strong people are so cocksure about their interpretation of things, not giving any room for explanations of differences in perspective or background leading up to a particular action or situation. It is obvious to me that you perceive things through your own unique set of eyeglasses which is different from anyone else’s. It seems logical that the tint on any one pair colours the reality of what you see, so it may not exactly be what is. I have a personality where loved ones figure in my thoughts frequently and my mind has a habit of finding security in the awareness of their presence in my life by conjuring up their images, much like photographs, throughout the day irrespective of what I am engaged in. That is just the way some of us are wired.

I also have a tendency to ask upfront if I have a doubt or am confused about someone’s behaviour. It helps understand where the other person is coming from. I learnt this from necessity. I used to agonise forever over doubts and unanswered questions and feel tortured. I still do it, but there is a limit which I reach and then just turnaround and ask. And almost always find clarity. Admittedly, sometimes accompanied by plenty of heartache, but clarity nonetheless. Heartache heals, unanswered questions torture.

I understand that my concern and way of being can be stifling to the people closest to me. They have every right to rebel and feel claustrophobic as it appears I am invading their space. However, it is also true that I try hard to stay out of the way as best as I can, but my definition of ‘long enough’ is at great variance from theirs. Hence, conflict and misunderstanding.

Speaking for all those people who are like me, I’d like to ask the other kind to spare a moment and try to understand my kind. When we reach out, it is not with the intent of stepping on your toes, but because you are important and loved and it is one of those things we do to feel assured of your well-being. While I respect a person’s need for space because that is their way, I do wish they’d respect my requirement of touching base with a ‘Hi! I am busy right now. Get in touch in a few hours/week/month/whatever.’ Surely, that can’t be so hard. It would be such a thoughtful thing to do.

I wish they’d realise that perhaps there is genuine concern or worry because the other person is built that way. Perhaps there is fear or insecurity of loss. Or maybe life gave me a kick in the pants, so I needed to reach out and find solid footing to keep from losing balance.  Misunderstanding is the widest gap between two people. I would walk that distance in the blink of an eye to bridge it, but it is their misunderstanding or misinterpretation that created it. So, it’s for them to close the gap. The gap does not exist for me.

I can explain things from my perspective so they know where I am coming from, but I can’t understand the explanations for them (incidentally, one of the gems from a friend’s mouth). They have to try and get it. And try to be tolerant. I am not out to take away their freedom. It’s guaranteed by the constitution anyway.

Here is something to think about: So, we had a disagreeable conversation again (you could call it a ‘fight’) and called it quits.

My response post-analysis: Seriously? Who’re you calling a quitter?!

My bond with my father was special. As a child, he was my protector and my refuge. Though he loved all his children, I know I held a special place in his heart. My fragility and vulnerability, both physical and psychological as a child, made him extremely gentle, tender, protective, nurturing, and sensitive towards me. He was my hero and my first love.